Belated thanks to Adam/Sabrina and Aunt Linda for the goodies in Gorham!

After a good night of sleep, we hit the trail knowing it was going to be a tough day. It was tough indeed. We had some choppy up and down climbs with occasional scrambles getting over Mount Carlo and the Goose Eye west, east, and north peaks. We popped up above the tree line numerous times. 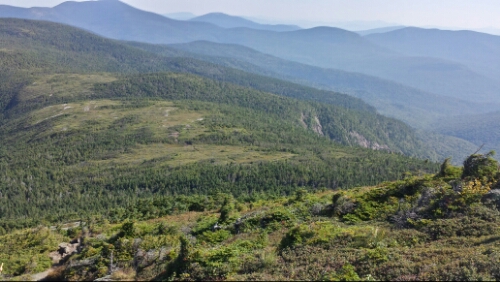 After a morning snack at Full Goose Shelter, we made our way over Fulling Mill Mountain and then descended down to the pit of boulders known as the Mahoosuc Notch. We entered the Notch at 12:05pm and exited it at 1:25pm, so we moved at only 1 mph through it. It was cool at first, but got tiring as we went along. We had to jump between huge boulders, shimmy between them, go under some, go through some small cracks that required taking our packs off, climb up the sides of some, etc.

Pile of boulders in the Notch 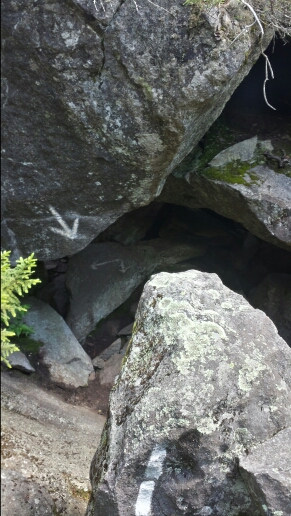 One of numerous boulders to climb under

Once we completed that, the trail immediately starts climbing up the Mahoosuc Arm. This is notorious for being one of the most wicked climbs on the AT and it did not disappoint. It was 1.5 miles of insanely gnarly and difficult terrain and it did not relent for any period of time. We again moved at almost no faster than 1 mph. We originally planned to stop and stay at the shelter less than a mile beyond the summit of the Arm, but it was a bit early, so we pushed on. The next climb up over Old Speck (so many cool mountain names here in Maine) was a shorter one, but also crazy steep and precariously rocky. It was vertigo inducing, but the views were amazing. 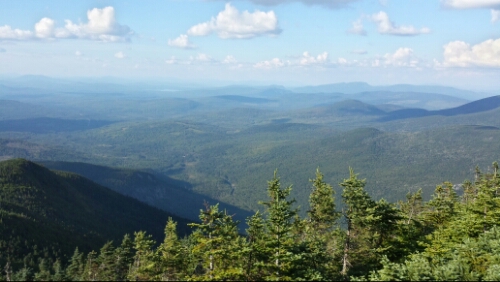 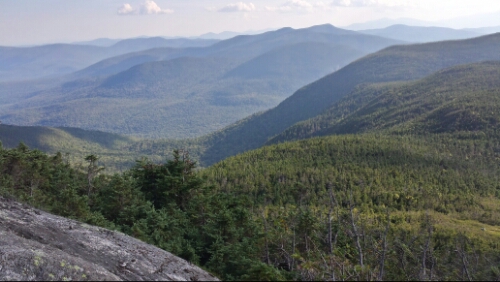 We continued hiking down towards Grafton Notch. We found a decent spot slightly off the trail a couple tenths of a mile past a stream and called it a day since it was getting late. Maine gave us a nice, wicked, super hard welcome today. Tomorrow we are stopping in our first town in Maine, Andover, for a brief resupply.

Vital stats for Monday, August 25th :
Miles hiked today – 13.3
Mood – good, excited to be hiking in Maine
Physical state – wiped out. These 13 miles feel like 30 miles anywhere else (excluding the Whites)
Smell – getting Mainelier
Song stuck in my head – Mahoosuc (Manic) Monday by The Bangles