We headed out of the Bascom Lodge after some complimentary coffee and muffins. This was a nice place to stay. The bunk rooms were clean and we ended up being the only ones in the one we were in. 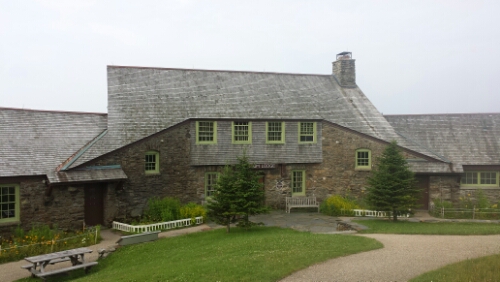 We had a steep descent off of Greylock and then crossed the Hoosic River. We then hiked up into the Green Mountains of Vermont. The AT and the Long Trail of Vermont run concurrent for around the next 100 miles. 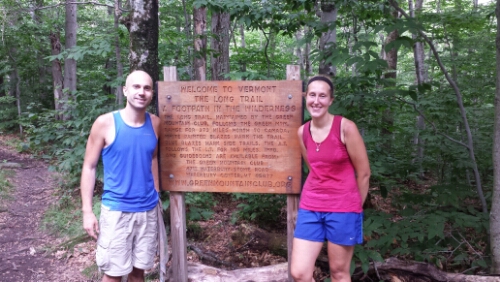 Super excited to be here in Vermont. I’ve asked every former thru-hiker we’ve met what their favorite section or state was and every one of them answered with either Vermont, New Hampshire, or Maine, so it’s really cool to be in this section of the AT finally.

The rest of the hiking day was uneventful. The trail in Vermont was pretty muddy as expected, but not waterlogged like Massachusetts was after the storms. The trail was gnarly, with a lot of rocks and roots, too. No worries though. There was about a 40% chance of storms all day, but it stayed nice and we avoided all of them.

We found a little flat spot just a few feet off the trail near this stream. It’s a pretty wet area. Tomorrow we keep pushing forward through the mud. The next planned stop is Manchester Center.

Vital stats for Friday, August 1st :
Milestones – less than 600 miles left to Katahdin, over 1600 miles hiked, and now in Vermont (11 states down, 3 to go)
Miles hiked today – 18.4
Mood – excited to be in Vermont, but bummed to be missing Musikfest back home in Bethlehem for the first time in forever. Can someone please chug a mug of beer for me?
Physical state – slightly muddy, but not bad
Smell – I’d like to think it hasn’t been that bad because it hasn’t been all that hot, but I probably smell like a trash can filled with raw sewage that’s on fire with rotted meat tied around it
Song stuck in my head – Welcome To The Jungle by Guns n Roses