We had a few sprinkles of rain last night, but nothing bad. The weather was cold, windy, and overcast most of the day, with bits of sun poking through occasionally. 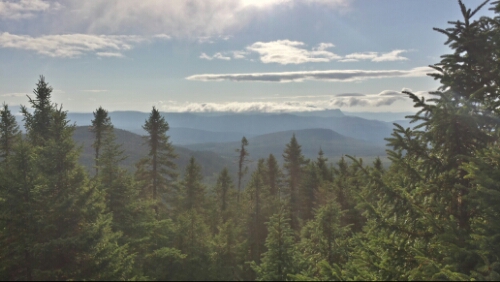 We hiked up the small climb to Bemis and Bemis Second Peak. The second Peak had cool views. 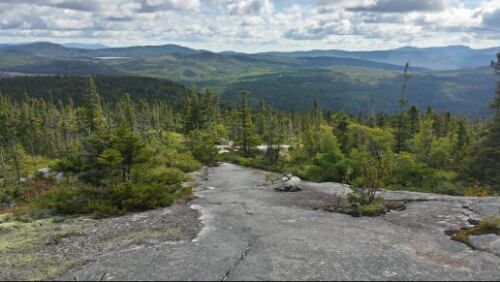 Most of the hiking was pretty easy for Maine (which is still pretty hard), with minor ups and downs, roots, and rocks to contend with, but no major obstacles. We climbed up and crossed route 17 at lunch, with spectacular views of Mooselookmeguntic Lake (no, I did not make that name up). 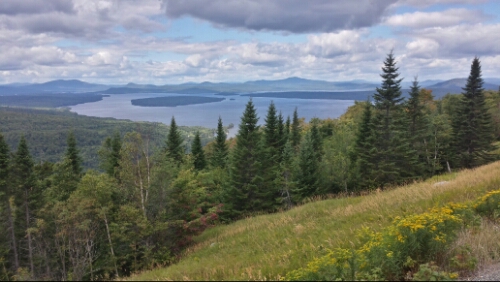 Maine has been so beautiful so far. Even on a day without any major mountains, there is amazing stuff seemingly everywhere. We took an afternoon snack at Maxie Pond, which had a little sandy beach.

I waded out into it for a bit and it was freezing. It feels like fall up here already. Some leaves are turning red on some trees already, too.

We hiked to the campsite at Little Swift River Pond, but it’s a popular spot and thus was pretty full, so we hiked on for a bit longer and found a stealth site in the woods instead.

Tomorrow we have a short day to get to Rangeley. We are taking a zero there to rest from the super difficult mountains of western Maine. This should be our second last zero day. We also suspect this will be the last town of any decent size that we encounter on the trail.