We had some intense severe thunderstorms throughout a lot of last night. We were safely tucked away below the exposed ridge / bald of Whitetop Mountain though.
During the morning, we ascended up to near Mt. Rogers, the highest peak in Virginia. The trail was very rough, in that it was constant rocks and roots. It crossed a lot of meadow and bald areas with nice views. 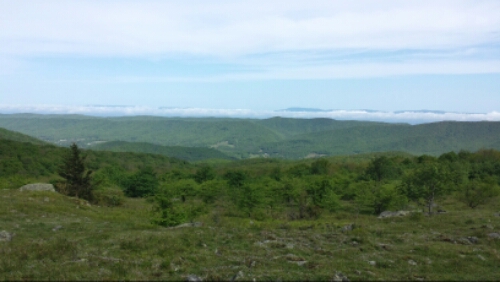 View on initial ascent of Rogers 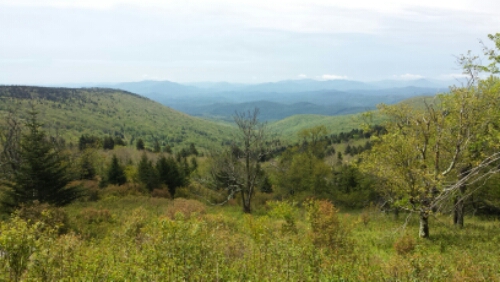 The trail continued to be rugged as it approached my destiny and my dreams…the ponies of Grayson Highlands. 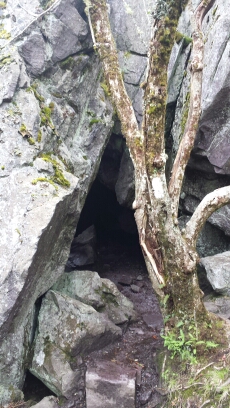 This is called Fatman Squeeze. I barely fit. Mmm beer 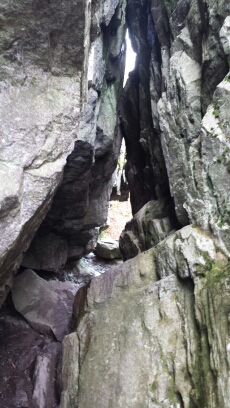 Suck it in, fatty!

The wind was gusting mightily all day, especially up in the exposed areas. The clouds were literally just whipping through here. 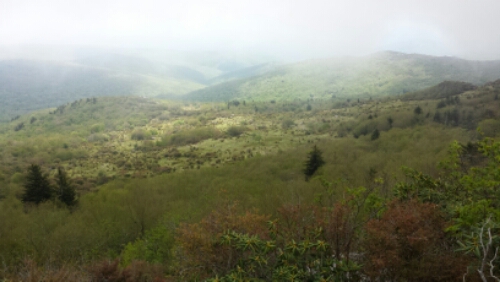 Right outside the Highlands

Then the best thing to ever happen to me happened. I met the magical ponies. 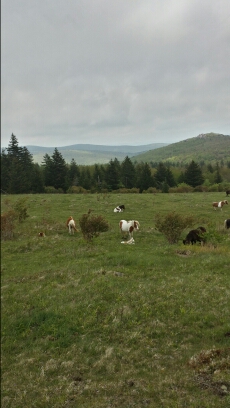 I love you, ponies

So cool. We learned from some signage that they aren’t really wild or native to this area. Bummer. The forest service uses the herd to maintain this as a bald. I still love them forever anyway. (I did not eat any of them for the record, though they look delicious.)

We had some more exposed hiking as we descended out of the Mt. Rogers / Highlands area. 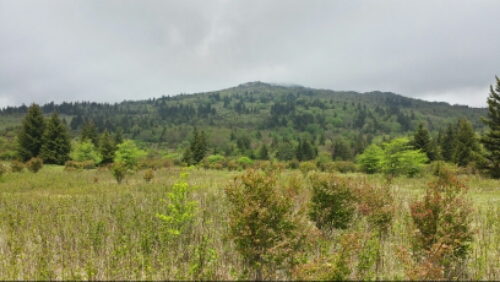 Heading away from my ponies. I promise I will return some day, ponies.

We made camp near the Fox Creek after about 19 miles. It’s just starting to storm and rain a bit now, so we escaped from the rain all day thankfully. Definitely a very cool day of hiking.

Vital stats :
Milestone – 500 miles!
Mood – all ponied up
Physical state – feet are a bit sore from all the prancing with ponies on rocks all day
Smell – like a pony, duh
Song stuck in my head – Ride It (My Pony) by Ginuwine

1 thought on “Day 37 – Whitetop Mountain to near Fox Creek”