We got up pretty early because we were motivated to get to town to do laundry, take showers, and relax in town after 5 full days of hiking. We hiked out of Harriman and towards Bear Mountain State Park. We first had to climb Black Mountain, which had some nice views of the Hudson and a very cool but very faint view of the NYC skyline. 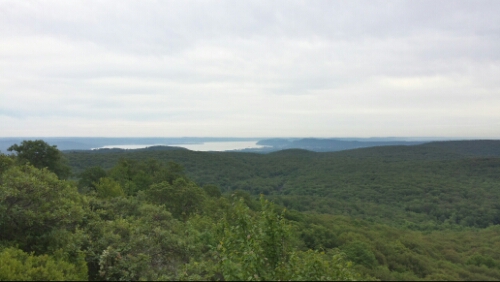 We then descended and had to play frogger to cross the Palisades Parkway (road crossings are easily the most dangerous thing I’ve seen on the AT so far). We tried to remember the details of the Seinfeld Frogger episode, but didn’t have a Swatsky handy unfortunately. 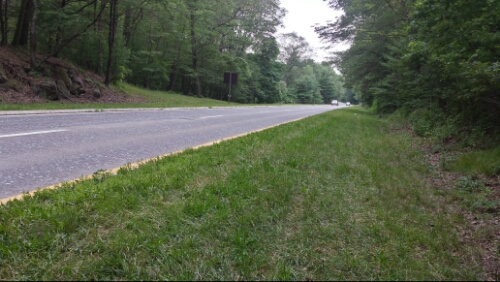 Then we climbed West Mountain, which was the hardest and steepest climb we had since sometime in central Virginia. That descended down and then we had our last climb of the day, up to Bear Mountain. It was like entering a different world, probably because it was a Saturday. Tourists and day hikers were everywhere. The terrain was well graded and pretty easy hiking. I’d imagine they were wondering wtf was up with the smelly backpackers. One nice older lady asked if we were thru-hikers and then gave us some fresh apples when we confirmed we are. She said her friend told her thru-hikers crave fresh fruit (true, along with fresh hot dogs) so she brought 3 apples along on her hike, which was super sweet of her. 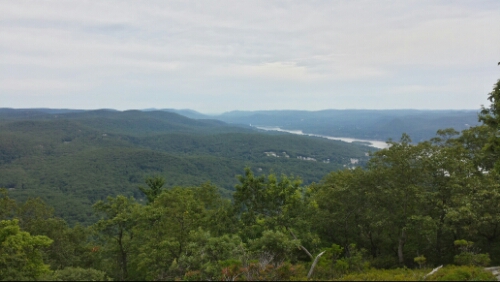 This descended down to Hessian Lake, which was teeming with people. It was quite a shock from the relative peace and quiet in the woods. This is probably the weirdest section of the trail we’ve seen. After going past the lake jammed full of people rocking boom boxes and picnicking, it went through the Bear Mountain zoo. We saw two bears, bringing the total count we’ve seen to 11. I’m not sure if these two really count though.

I felt kinda bad for these guys considering how many we’ve seen out in the wild. At least they aren’t in danger of being shot by angry farmers in Virginia. Another interesting side note is that this is the lowest elevation on the trail at 124 feet.

We then went to the southwest side of the Bear Mountain Bridge and got a lift into Fort Montgomery from the owner of the Bear Mountain Bridge Motel. This motel is small, but nice and clean. It’s about 3 miles south of West Point. We got some good town food and relaxed for the afternoon. It’s been a nice nearo. It was tempting to stay for a full zero, but I think we will push on tomorrow while the weather is nice.