We hit the trail with beautiful weather this morning. However, it got pretty warm later and we had a day filled with PUDS – the derogatory hiker acronym meaning pointless ups and downs. That’s a bit harsh considering we had some nice views, but there was a load of minor elevation change all day and a lot of the little hills had no payoff.

Ok, I’ll stop whining, there was a lot of cool stuff today. We had a lot of fields and meadows that did have open views. 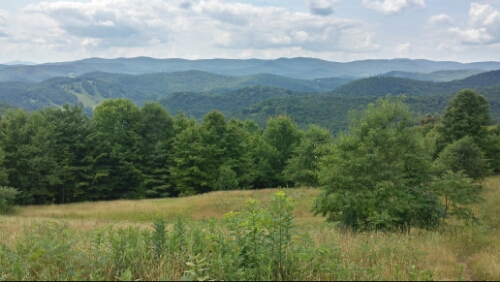 And, of course, there was some cool small stuff. 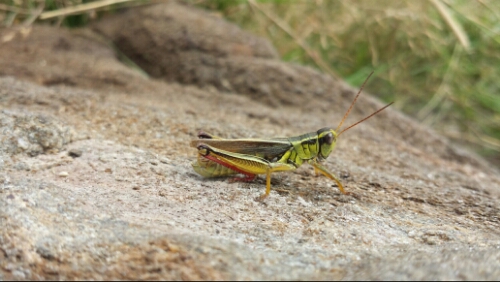 Then around lunch we found some most excellent trail magic.

Beer. I crapped my pants.

Then after some more PUDS and a whole bunch of trees that were tapped for maple syrup, we came across the White River bridge into the tiny town of West Hartford. We were waved over to a house across the street, so we went over to say hi. The folks that live there, Randy and Linda, are super trail angels. They gave us and a couple other thru-hikers beer, soda, fudge, and made us burgers (I only had 5). They also let hikers crash in their garage loft, which has numerous beds and cots. Super cool of them. We’ve heard they make a mean breakfast for hikers, too, so we will see what tomorrow morning has in store. So all in all it was a tough hiking day, but we had lots of cool surprises along the way.

Vital stats for Sunday, August 10th :
Miles hiked today – 19
Mood – awesome
Physical state – a little more tired than expected from the last couple of days, but pretty good
Smell – I think the devil lives in my armpits
Song stuck in my head – A New Anhedonia by Phosphorescent