We had a very nice and uneventful night. No puddles and no rain! We got up and descended down to Crawford Notch, crossed route 302, and then began the 12+ mile terraced ascent up to Mount Washington. The first climb was up to Webster Cliffs. It was very steep and had a few scrambles, but didn’t slow us down much. There were some great views off of it. 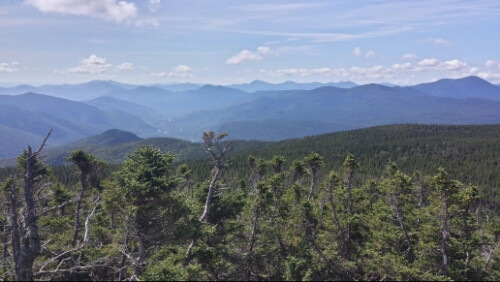 We kept going up and up. Some of the climbs had big scrambles and were slow, some were pretty gentle for the Whites. We made our way to the first hut of the day, Mizpah Springs, and stopped for a snack. Score, they had leftover chicken, couscous, rice pudding, etc. We helped them with a few super easy chores like sorting some recycling from the guests in return, as is the custom for thru-hikers. We met another thru-hiker named 6 slash from Bethlehem, which was cool and random. After that, we got up and above tree line. This time, unlike the other day, it was epic in a good way. We had views literally all day as we kept going up to Washington. 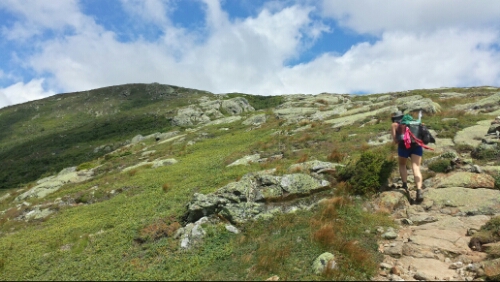 We then made it to the next hut, Lake of the Clouds. 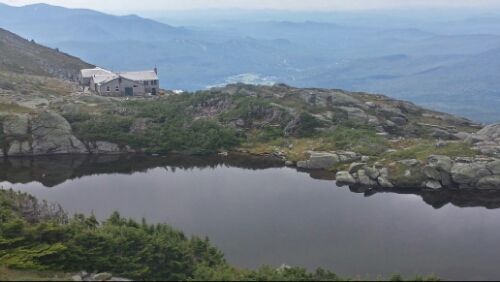 Lake of the Clouds Hut

We stopped in for a break, but didn’t attempt to get any extra food as it was crazy full of people.

Next, we ascended to Washington. The final climb of 1.3 miles was rocky, but not too bad considering the rest of the trail here. It was a bit cloudy up there. It was also a circus, with seemingly millions of tourists milling about from their cars, the train, hot air balloons, escalators, elevators, and whatever other means there are to getting up there. We stopped in the snack bar and ate more, but left shortly after.

The views continued to be amazing on the north side of the mountain. 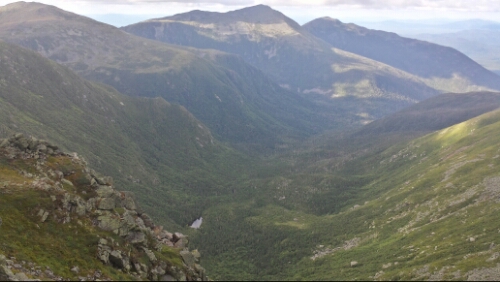 We continued on to a side trail called the Jewell trail and took it down almost a mile to get back to under the tree line to camp. We found a crummy spot down there that we grudgingly took, but we can’t sleep up above tree line and we have a lot of miles left on the AT before we descend below it tomorrow. That kind of sucked, but oh well.

Really a fantastic day of hiking with spectacular weather and views. We could see some of the peaks in western Maine looming off in the not too far distance, so that was absolutely thrilling to see for the first time, too.