After much nicer night in our improved campsite, we got up and almost immediately began the climb up to the Wildcat Mountains. The first trail, up to Wildcat Peak E, was very steep, but didn’t have any major scrambles. 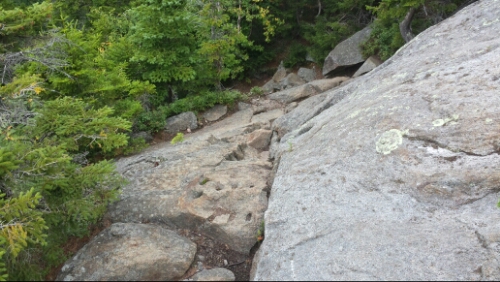 We made it up and ate a snack by the Wildcat ski lift / gondola while a nearby construction dude assembled part of a snowmaking machine. We went over a few of the other Wildcat Peaks and then descended to our last hut, Carter Notch. The crew didn’t have any leftovers, but we managed to barter us carrying a handwritten letter for a large piece of a blueberry cake. One of the girls working at the hut wanted to send a secret letter to the caretaker named “Young Bobby” at a campsite about 7 miles up the trail. I thought it was funny that the workers here in the Whites have to fall back to old school letters to communicate since cell coverage is so bad. We took our leave with the letter to Young Bobby in hand and climbed up Carter Dome. We didn’t think this climb was too bad despite being quite steep, also. We had some other mountains to traverse in the afternoon called the Carter Mountains and one called Height Mountain. We had some great views of the other mountains from them. 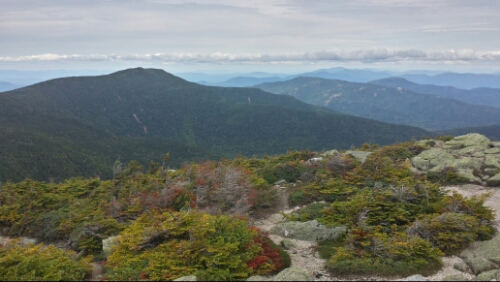 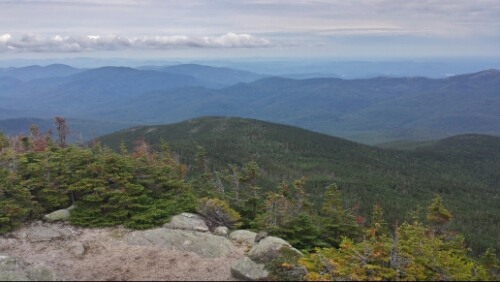 There was a pretty tough climb with a number of scrambles to get down from the Carters. We delivered the letter to the Imp campsite (Young Bobby was not there, but the other caretaker promised to give it to him) and then continued on. We intended to camp below Moriah Mountain, but couldn’t find anything good. We pressed on and climbed over the summit. We had nice late evening views as we went over it. 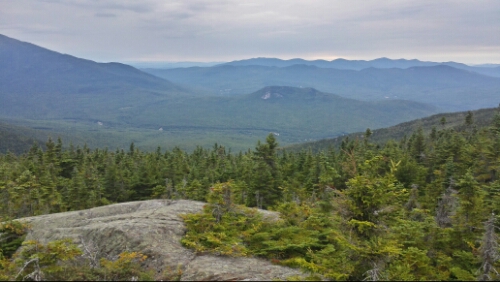 We found a tight camp spot part way down the descent. We are now roughly 5 miles from Gorham and are pretty much done with the Whites. Craziness.

Vital stats for Thursday, August 21st :
Miles hiked today – 15.8
Mood – psyched that we got through the Whites, excited to have time off tomorrow and Saturday to recover
Physical state – beat, without a doubt this has been our hardest section of the AT thus far and there’s not even a remotely close second
Smell – Outback bloomin’ onion soaked in ammonia and vinegar
Song stuck in my head – Don’t You (Forget About Me) by Simple Minds

We departed our crummy campsite after a not so great night of sleep (due to the crumminess) around 7. We climbed the mile back up to the Northern Presidential Ridge and continued trekking away from Mount Washington. We could hear the sounds of the sightseeing “cog” train every so often. We had some nice morning sun and great weather again all day. 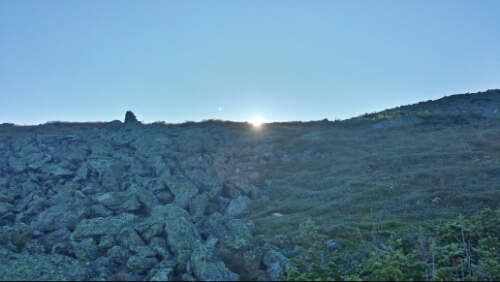 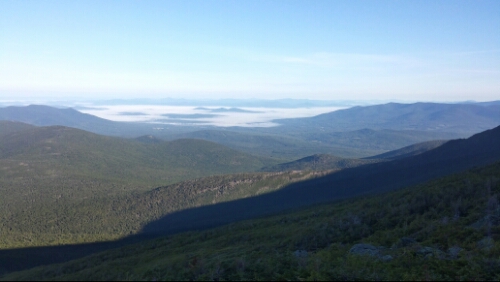 Clouds down in the valley below us

The trail snaked up and down the ridge past Mount Jefferson, numerous Mount Adams, and other probably crappier president’s mountains. There were many huge rocks to hop over and across, so our pace was pretty slow. The views were just as stunning as yesterday as we finished the climb over Mount Madison and descended off the massive and steep ridge finally around lunch. It feels like you’re on top of the world up on that ridge. 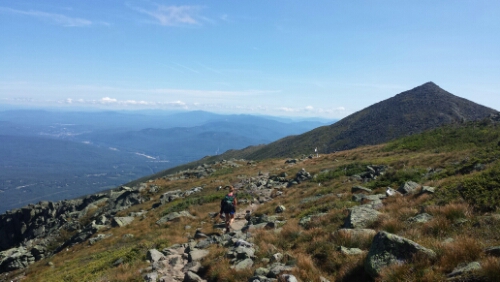 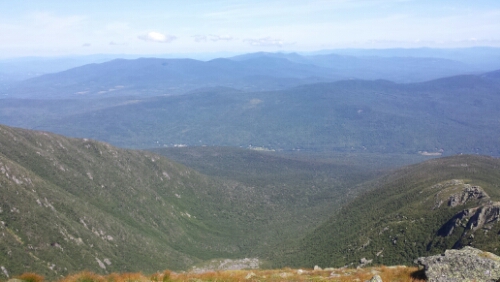 Ravine and mountains off to the northwest

After we got off the ridge, we hiked through part of the Great Gulf Wilderness. Then we crossed the Mt. Washington auto road and hiked down to Pinkham Notch. We stopped at the visitor center for a snack and grabbed our maildrop. Then we hiked on for another quarter mile or so and found a really pleasant campsite tucked back a couple hundred yards from the trail. Another really great day here in the Whites. Tomorrow morning we climb the extremely steep Wildcats, but we are nearly complete with the Whites.